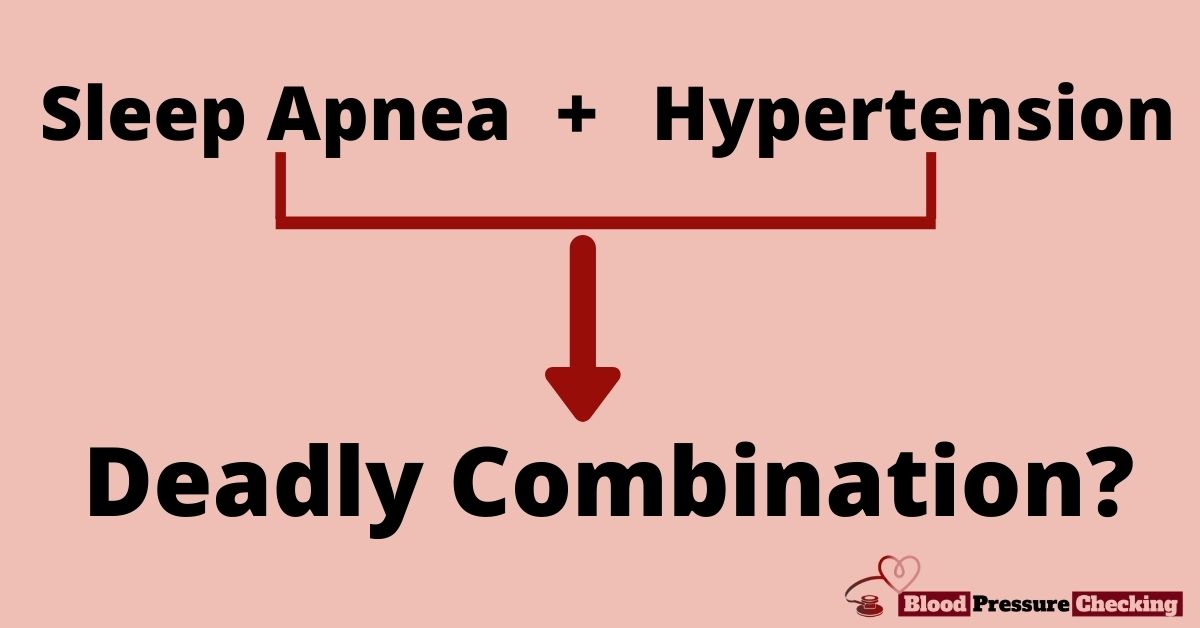 Sleep Apnea is a sleep disorder in which the patient suffers from breathing disorder during sleep. Hypertension along with sleep apnea makes the life of patients hell and sleep during night can be a death bed as they can choke and even die, if proper care is not taken on time.

What is Sleep Apnea?

Sleep Apnea or Obstructive Sleep Apnea (OSA) is a potentially serious sleep disorder wherein the patient’s breathing starts and stops repeatedly. It is characterized by recurrent periods of complete or partial collapse of the upper airway during sleep (apnea and hypopnea), causing sleep fragmentation and frequent awakenings which often result in excessive daytime sleepiness.

Sleep Apnea can be easily recognized if someone snores loudly during sleep or is feeling tired after a full night’s sleep.

Sleep Apnea can be classified into 3 main types:

How Sleep Apnea and Hypertension are Interconnected?

Having sleep apnea with hypertension is a deadly combination and can be the worst for a patient. Sleep Apnea occurs when breathing is interrupted or it stops during sleep, resulting in increasing the risk for hypertension.

Study shows that hypertension sometimes causes sleep Apnea. Sleep Apnea along with hypertension are significantly linked to increase in complications such as stroke and heart attack.

Research also shows that patients suffering from high blood pressure or hypertension have an estimate of 30% to 50% chance of also having sleep apnea.

However, it has been studied that patients who have tried a variety of treatments for resistant hypertension but couldn’t get their condition under control, have the highest chance of suffering from sleep apnea. Resistant hypertension is one of the major public health issues because uncontrolled, high blood pressure can lead to serious complications like stroke as well as heart attack.

Effect of Sleep Apnea on Hypertension

Research says that sudden drops of oxygen level if occurring during sleep apnea, results in an increase of blood pressure and strains the cardiovascular system. The risk of having hypertension also increases if the patient is having sleep apnea.

Hypertension is one of the leading causes of cardiovascular death and disability, with over 1.3 billion people suffering from hypertension across the whole world. Preliminary study suggests that blood pressure increases from extending sleep disorder. Both short as well as prolonged sleep can cause change in blood pressure level.

Research has already shown that short sleep sessions are common among teenagers, and that’s the most common reason for fluctuating blood pressure levels. It is recommended to have 7-9 hours of sleep over 40 years of age to have a maintained blood pressure level.

Sleep Apnea can be reduced by having Mediterranean Diet along with some nutritional food habits. Mediterranean Diet has fewer calories which results in staying fit as well as having lower abdominal fat. Low fat foods, cholesterol and sodium are good in lowering hypertension as well as sleep apnea.

Research says that olive oil, nuts, fish, beans, fruits and vegetables are some of the foods which help to reduce sleep-related breathing problems. This kind of food habits not only reduces sleep disorders but also are helpful in improving heart diseases, heart attacks as well as strokes.

In case of severe or moderate Sleep Apnea, you need to take therapies and in some cases surgery too.

Here are some of the common treatment therapies for sleep apnea

In case of severe or moderate sleep apnea, the CPAP is helpful in creating an air pressure greater than the surrounding air pressure which helps in preventing sleep apnea and snoring during the sleeping period, by keeping the upper airway passages open.

The CPAP is a comfortable mask-type machine which is manually set to create the air pressure around the airway passage.

If you are having problems in setting the air pressure in CPAP then, you can use the automatic CPAP (auto-CPAP) which automatically sets the pressure that you need in order to keep the upper airway passage open and preventing sleep apnea. Machines having units that supply Bilevel Positive Airway Pressure(BPAP) are also available.

ASV is a highly programmed airflow device which learns your breathing pattern and stores the information in its built-in memory and uses it to normalize the pressure after you fall asleep.

The ASV has the highest percentage of curing patients than other airflow pressure machines.

An oral appliance is designed to keep the throat open in order to prevent snoring and mild obstructive sleep apnea. Oral appliances are usually available from dentists and are of different sizes.

Surgical options which can improve Sleep Apnea are as follows:

In this procedure, tissues are removed from the rear of the mouth as well as the top of the throat. The tonsils and adenoids are usually removed during the surgery. Tissue removal are helpful in stopping throat structures from vibrating and causing snoring.

In this procedure, the jaw is moved forward from the remaining face bones, which helps in enlarging the space behind the tongue and soft palate, thus making obstruction less likely. This procedure is known as Maxillomandibular Advancement.

This surgery is used to insert a stimulator in the nerve that controls the tongue movement (hypoglossal nerve). The stimulator helps to keep the tongue in a position that keeps the airway open.

Soft polyester or plastic rods are surgically implanted into the soft palate in order to keep the airway passage free of blockage.

Q1) Why does sleep apnea cause hypertension?

Ans) Sleep Apnea is a disorder in which there is a difficulty in breathing during sleeping, which results in an increase of blood pressure and causes hypertension.

Q2) How much does sleep apnea raise BP?

Ans) Analysis has shown that on average, sleep apnea raises BP by a comparable level if not taken care for a prolonged period. On an average, BP is increased by a level of 5.5-3.7 per month.

Q3) Can I test myself for sleep apnea at home?

Yes, you can use home sleep apnea tests such as a simplified breathing monitor which keeps a track on the breathing level as well as on the oxygen levels. It studies the overnight sleep completely and gives a full assessment on the sleeping levels which are helpful in maintaining the track on the timings.

Scroll back to top